Bigfoot, the word conjures up different feelings in people. Some believe, others are skeptics, and many just think it’s a myth. My dear Mother and I used to watch “Finding Bigfoot” on Animal Planet. The crew would go out into wild places with their cameras and recorders. They knocked on trees with sticks and made what they said was a bigfoot yell. This could have compared with a hog calling yell as far as I know.

I always thought they were crazy. Not because they were looking for Bigfoot but because they were out in the wilderness where they could come into contact with a bear, cougar, or even an alligator. I used to ask Mom, “What in the hell are they going to do if they come face to face with one?” Safety apparently wasn’t important. I used to ask Mom, “Aren’t you glad I hunt ghosts and not bigfoot?” She would laugh at me. It’s much safer!

Since I’m a paranormal investigator I attend the local paracon each year. Every paranormal group is there from the UFO people to the Bigfoot people. Last year I attended a presentation of the SHE Squatchers, a group of ladies from Minnesota. Many of these women are clairvoyant as they “sense” the bigfoot in certain areas. This may sound funny but a lot of what they said made sense. I personally do not doubt that many people have a sixth sense and can hon in on things that the rest of us are too thick to pick up. The question I had was, why would you use this gift to look for bigfoot?

Sixty years ago, bigfoot came to light when a man discovered 16-inch footprints in Northern California. People were intrigued. After years of speculation the family of a man named Ray Wallace, revealed that he had made the footprints as a joke. In 1967 two men, Roger Patterson and Bob Gimlin, filmed a creature walking upright like a human through the same area the footprints had been found. Although this film is considered the best evidence to date, the fact that it occurred in the same place the footprints were found taints it.  Many people believe it too is a hoax, but others that have studied it say it can’t be a human due to its gait and body proportions.

To me bigfoot is a fun legend. I have seen photos of something that could be a bigfoot but the jury is still out on its existence. My spiritual friends believe that bigfoot is an interdimensional creature. This is why it is so hard to find. This would make more sense to me. If bigfoot is real, it slips in and out of our dimension to do whatever its life purpose is. Then I wonder what its life purpose could be. No one has ever been rescued by a bigfoot or seen a bigfoot chase off a predator sparing a human’s life. So many questions!

Unless a bigfoot is caught, there will likely never be proof of its existence. There are too many dodo birds out there that fake evidence and post fake photos and videos. The paranormal community detests these fakes and think people need to grow up and stop trying to fool the public. This goes for fake ghost videos too.

Whether bigfoot is real or not, it is fascinating to think that there are still undiscovered animals on our planet. I know when I drive through a national forest or stand next to a lake or river, I wonder what animals live there. Let’s keep our minds open but also look at things with a skeptical eye. The current popularity of calling things fake isn’t fair to the real news and discoveries that come to light. Stop judging and start thinking and don’t forget to look for bigfoot the next time you’re near a forest.

Things to Consider Before You Buy Healing Stones and Crystals


We live in times where in spite of our best efforts in personal and professional walks of our lives, we are grappling serious issues. Each one of us has some kind of questions we need direction with, emotional and physical battles where we could do with some help. That’s where alternative therapy seems to be offering solace to a large number of people all over the world. And when it comes to alternative Healing techniques, the benefits of different types of naturally found transparent stones cannot be overemphasized.

We know them as Crystals, which carry with them the power of vibrations that can offer people of all ages amazing benefits. Mankind has gained from them to a large extent for centuries and they have made a stunning comeback in recent years. Another reason for that is their aesthetic value, which cannot be overlooked. Many of these translucent stones are things of beauty and works of art in their own right. They can be used in the form of bracelets, rings, earrings and a whole lot more. However to be able to get optimum benefits out of them, you need to focus on crucial buying criteria.

Buy for your requirements
These Crystals can be differentiated based on their color and each one of them has their specific benefits. Hence it is important that when you are buying them for yourself or a loved one, you consider your unique requirements. Are you looking for help in your professional life or do you want to boost your creativity? There are options that will help you with your personal relationships and others can have advantages for your physical and emotional well being. Do your research about these diverse options, before you make any purchases.

Be assured of the quality

It’s important to realize that given the popularity of Crystals today, there are many fake options you will often find in the market. In order to save yourself from being taken for a ride, you need to try and verify their authenticity. Usually dedicated online stores will go out of their way to offer you information about the products they have for you. There are many options that will come with certification, which is an added advantage. Of course, you can also buy products based on their beauty and visual appeal too, but at the end of the day you can’t lose sight of their quality if you want maximum benefits.

You will also find that best quality Crystals don’t always cost you a fortune, especially if you buy them online.

Cave Hill Cemetery - A Look at History and People

Several people I know love cemeteries. Not really for their morbid curiosity but more for their beauty and history. I’ve been fascinated with cemeteries and mausoleums most of my life. In the past eight years that interest has peaked because I am a paranormal investigator.


Our paranormal team, Dusk 2 Dawn Paranormal Investigations, went on a trip to Louisville, Kentucky in June 2018. The trip was to investigate Waverly Hills Sanatorium. However, four of us drove out to Louisville a day early and had some time to look around. The one tourist site that grabbed my attention was Cave Hill Cemetery, so Jerry, Adria, and I headed off to check it out.
Cave Hill Cemetery is located off Highway 64 at 701 Baxter Avenue, Louisville, Ky. It is 297 acres of beautifully landscaped hills. Upon entering the cemetery, one is immediately taken with the beauty of the winding roads, trees, shrubs, and monuments. It’s obvious that it is an old cemetery because of all the mature trees and shrubs. The monuments are huge and amazing.


Cave Hill Cemetery started out as a farm that the city inherited in the 1800’s. In 1846 Edmund Francis Lee convinced the city to turn the beautiful farm into a cemetery. At the time garden cemeteries were being created all over the United States and Lee suggested that Cave Hill’s topography was perfect for a garden cemetery.


This was perfect for families living during the Victorian period. Many families were wealthy due to the ground floor opportunities they were given. These wealthy families enjoyed flaunting their personal wealth. This shows in the grand monuments of Cave Hill Cemetery. These monuments not only memorialize the deceased but many lists their accomplishments in life.

The best way to see the cemetery is to drive a way, then stop, and get out and walk around. There are so many beautiful monuments, statues, and mausoleums that it is impossible to see them all. We only had time to see one third of the cemetery but what we saw left me wanting to go back.


In one area of the cemetery are the graves of soldiers. Many are from the Civil War, some sadly are unknown. When we drove upon this area and walked around our moods became somber. Seeing so many headstones, especially of those unknown soldiers broke our hearts. One can hear casualty numbers but walking among the headstones brings it to life. There are over 5,500 military graves in Cave Hill Cemetery.


We drove around to find one of the lakes in the cemetery. It was loaded with geese and ducks. We stopped to gather goose feathers which can be used when cleansing a house. This is an awesome place for water fowl and we discovered that residents come out to feed them on a regular basis. We drove around the lake to the main building and found a local couple feeding the ducks and geese. Talk about bedlam! Two geese actually got into a fight. They had each other by the shoulder pulling and tugging with their beaks. One finally ran off while the other spit out feathers from it’s mouth, reared up his head and flapped his wings to show off his moment of glory. It’s crazy how animals are a lot like people.

There are two very famous people buried at Cave Hill Cemetery, Muhammad Ali and Colonial Sanders. We didn’t find this out until later or we would have looked them up. Most of the graves and mausoleums we saw were turn of the century barons who ran mercantile companies, lumber mills, and other industries. Several were politicians who made Louisville what it is today.


I know a cemetery isn’t on most people’s list of places to visit but Cave Hill Cemetery is certainly worth taking a couple of hours to visit, even if it’s just driving through it. It is a gorgeous place and the monuments are amazing.  So, if you’re ever in Louisville, Kentucky and have some extra time, drop in to Cave Hill Cemetery and see for yourself how beautiful a cemetery can be. 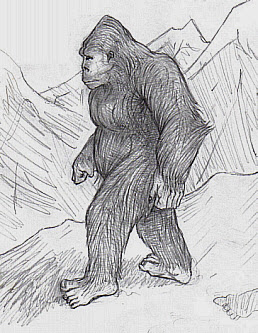